Dr. David Torres is Chair of the Department of Math & Physical Science at Northern New Mexico College, where he teaches math courses. He earned his PhD in Mathematics from the University of New Mexico in 1996. His research interests include computational fluid dynamics and parallel computer simulations. He has four children and enjoys coaching youth soccer.

Dr. Ajit Hira was born in India and emigrated to the U.S. in 1984. He holds a BA in Liberal Arts from Panjab University in India. After moving to the U.S., he earned a BS in Mathematics and Physics, an MS in Physics, and a PhD in Physics and Mathematical Sciences from the University of Texas at Arlington in 1990. He taught at Jarvis Christian College in Hawkins, Texas, before moving to New Mexico. He has taught courses in Astronomy, Physics, Mathematics, and Chemistry at Northern New Mexico College since January 2000. His research interests include Nanotechnology, Chaotic and Nonlinear Physics, and Plasma Physics. He was awarded tenure as full-time faculty at Northern New Mexico College in 2007.

Dr. Claudia Aprea is an assistant professor in the Department of Math and Science at Northern New Mexico College, where she teaches math and atmospheric science. She earned her PhD in Geophysics from the University of Washington in 1996. Prior to Northern, she worked for 8 years at Los Alamos National Laboratory, first as a post-doc, and then as a Research Staff Member. Her research interests are in computational geophysics, finite difference modeling, and Aerobiology. 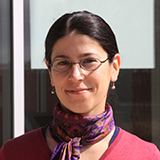 Dr. Ana Vasilic has taught mathematics for more than 20 years on three different continents, and is a tenured professor at Northern. She teaches a broad spectrum of mathematics courses, from general education courses to upper level courses for math and engineering majors, and actively supports undergraduate research and outreach projects. Dr. Vasilic holds MS and PhD degrees in Applied Mathematics from the University of Delaware. Prior to joining the faculty at Northern in 2014, Dr. Vasilic was a tenured Associate Professor at United Arab Emirates University where she worked for five years. Dr. Vasilic continues to be active in research while teaching at Northern. Her scientific work involves mathematical modeling of bone ultrasound to advance medical screening for osteoporosis.

Choose us for our value, our quality degree and continuing education programs in diverse areas of study, our experienced faculty, and NORTHERN provides students with unique opportunities for academic, personal and professional growth. “You will have personalized attention, something difficult to get at larger colleges. We provide strong hands-on experiences from day one.” –Dr. Ivan Lopez, Dean, College of Engineering & Technology
The Northern Foundation remains committed to stimulate leadership, promote equity, and grow resources and philanthropy in the Española Valley and surrounding rural areas. Over the past twenty years, we have granted $1.3 million to support over 1,250 NNMC students.