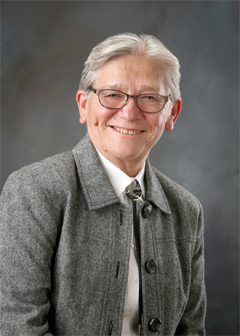 Dr. Nancy “Rusty” Barceló served as President of Northern New Mexico College from July 2010 to December 2015, and is currently on sabbatical.

Known nationally for her diversity work in higher education, she brings a 30-year career at the university level to Northern. She oversaw the College as it continued its transition to a quality four-year institution that remains committed to providing associate degrees and certificates.

Barceló is also a full professor with extensive teaching experience in Northern’s College of Education. Prior to her appointment as President of Northern, Barceló served as founding Vice President and Vice Provost for Equity and Diversity at the University of Minnesota.

Barceló is recognized nationally for her diversity and multicultural presentations. She has received many awards, including the NACCS 2012 Scholar award (National Association for Chicana and Chicano Studies), the New Mexico Hispano Round Table “Walk the Talk” award, and was named a Distinguished Alumnus of the University of Iowa.

Barceló’s most recent publications and presentations include: