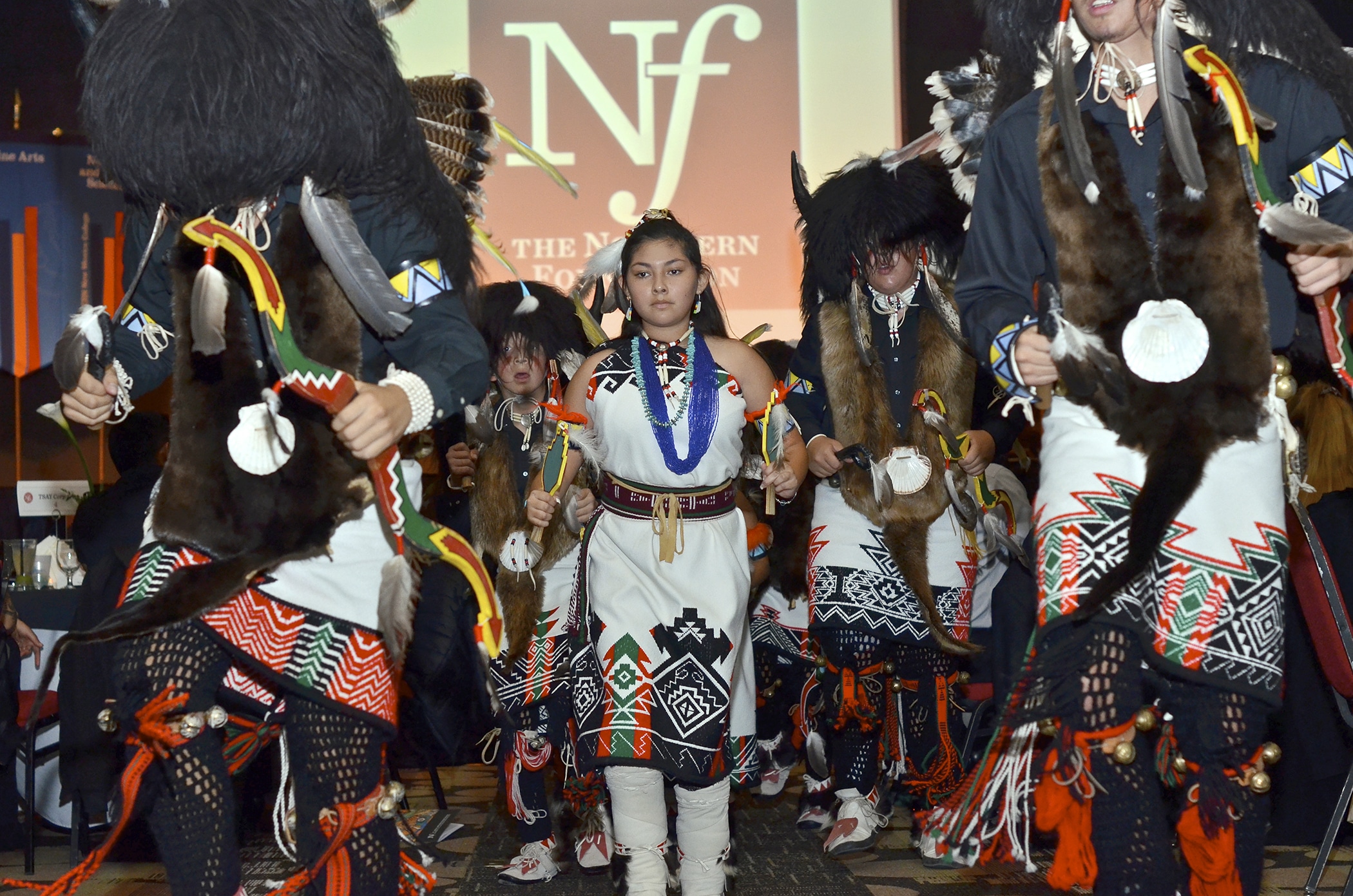 “I am so impressed by the tremendous support for Northern New Mexico College. This support shows the College is destined for greatness,” he predicted. The Gala was held at the Ohkay Owingeh Convention Center, and for a second straight year, the project broke all fundraising records.

Painter and community organizer Roger Montoya, who donated a painting to the Live Auction, remarked, “This year’s Northern Foundation Gala was an inspiration! The room was filled to capacity with a unified feeling of hope and vision for the future of this institution and the dreams of our young people."

Guests had a chance to hear new NNMC president Dr. Rick Bailey give opening remarks. "Seeing the community come together to support our students was simply awe-inspiring. These efforts will change the lives of our students and their families and our community as well. Thank you Terry Mulert and the Foundation for the amazing event, and to our partners for planting the seeds which will lead to a brighter future,” he reflected.

Mulert explained that the annual gathering always puts the students in the spotlight, but the Gala is an opportunity to thank donors, invite community members to start scholarship funds and raise money for the Community Fund.

“I am amazed by the outpouring of support from all of our donors and sponsors. TSAY Corporation along with Rio Arriba County and Centerra of Los Alamos stepped up as the main sponsors but there were others that made a huge impact as well.” (See www.nnmc.edu for a complete list of sponsors).

The featured artist of the night was Frederico Vigil whose frescos dominant the rotunda at the NNMC campus. “I am honored to be part of this event and to support these students who are so deserving,” he said after a film of his work, produced by David Lindblom, was shown.

Guests were treated to musical performances by the renowned Cipriano Vigil along with a powerful dance offered by the Ohkay Owingeh Ice Mountain Dance group led by Tribal 1st Lieutenant Governor Ben Lujan. The Gala Tribute Book highlighted the success of the Foundation and innovative programs at the college.

“What a great community gathering.  The Northern Foundation Gala has become the place where we all gather to support higher education and the opportunities it creates for all Northern New Mexicans,” LANL Director of Community Partnerships Kathy Keith observed.

For more information and photos visit www.nnmc.edu and the Gala Flickr page.