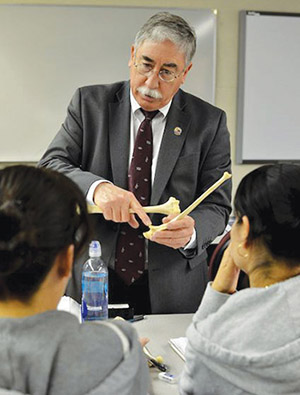 Dr. Anthony Sena grew up in Fort Sumner, New Mexico and came to Northern in August 1981.

A graduate of Eastern New Mexico University and the University of New Mexico, Sena arrived when Northern’s Española campus had only three buildings and offered programs like meat cutting and television repair.

As Northern’s first and for a time only full-time science professor, Sena taught everything from statistics and computer science to biology, chemistry and biomedical science. Sena served as Northern’s first Provost from 2005 to 2015. In his 35 years, he has seen Northern grow from a vocational school and community college to a four-year college with research laboratories and accredited programs.

“I’m very optimistic about Northern,” Sena said. “We have been a catalyst for change and I’ve seen people grow to respect us in the valley. We are going to be a great university one day, as good or better than our counterparts.”

Sena has undoubtedly left his mark on Northern not only in the memories he shares but through the trail he has blazed. He has been instrumental in the development of the sciences at Northern, having recruited faculty like Dr. Ajit Hira, Ulises Ricoy, Brenda Linnell, Mario Izaguirre-Sierra, Ivan Lopez and more. Sena has also been recognized more than five times both locally and nationally for teaching excellence.

Sena says he will take time to raise his two granddaughters and spend time with his wife, Helen, but is already itching to get back into the classroom. He hopes to return soon to teach as an adjunct and has already begun writing a lab manual that will be made available to Northern biology students at an affordable cost. 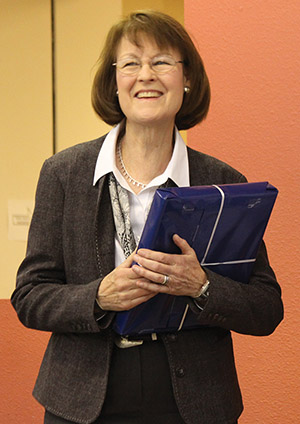 Donna Winchell came to Northern in 2003 as an adjunct pottery instructor and became chair of the Fine Arts Department in Spring 2004.

Winchell headed the development of Northern’s pottery program, securing funding for the kilns and pottery wheels still used today along with the pottery studio addition. She oversaw the addition of the Film and Digital Media program and Bachelor of Music degrees and construction of the art annex and painting studio. Besides heading the department, Winchell has taught Pottery I, II and II and Pottery Glaze Making and Studio Practices.

“One thing about Donna is that she helps students to find the faith and perseverance within their own lives, as with a potter’s clay on the wheel, to shape themselves into a piece of lasting beauty,” Northern President Nancy “Rusty” Barceló said.

As a ceramic artist, Winchell has sold her work at Santa Fe Pottery and Canyon Road Pottery, among others. She says she hopes to take time to focus on her art and return to selling her work locally. She says she will remain an Española resident and devote her free time to gardening and spending time with her husband Donald and their border collie Tsovo.

“I really like this community. As a military family, we have moved 22 times but this is the place we like best,” she said.