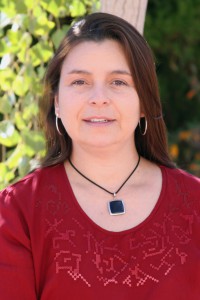 Española, NM – The Governor’s Office has announced the appointment of Melinda DeHerrera to fill the position of student regent at Northern New Mexico University.

DeHerrera is pursuing a bachelor’s in Information Engineering Technology and is a mother of five. She is an Española native and has been a member of the Northern community for the past 18 years.

"I am very honored to be appointed the first Student Regent at Northern New Mexico University,” DeHerrera said. “I will take this position very seriously and I promise to be an advocate and a voice for the student body. “

Pending confirmation by the New Mexico Senate, DeHerrera would begin her term immediately and be seated until December 2016.

Tagged: Board of Regents, Student Regent