Northern's Film and Digital Media Arts program has partnered with the Española Public Library to host a free film screening and discussion of the film "Porvenir Texas" on Monday, October 28 from 6-8 p.m.

"Porvenir Texas" is a film about a border town that experienced racial violence in January 1918 and the racial tensions that persist in the region more than one hundred years later. You can view the trailer here. 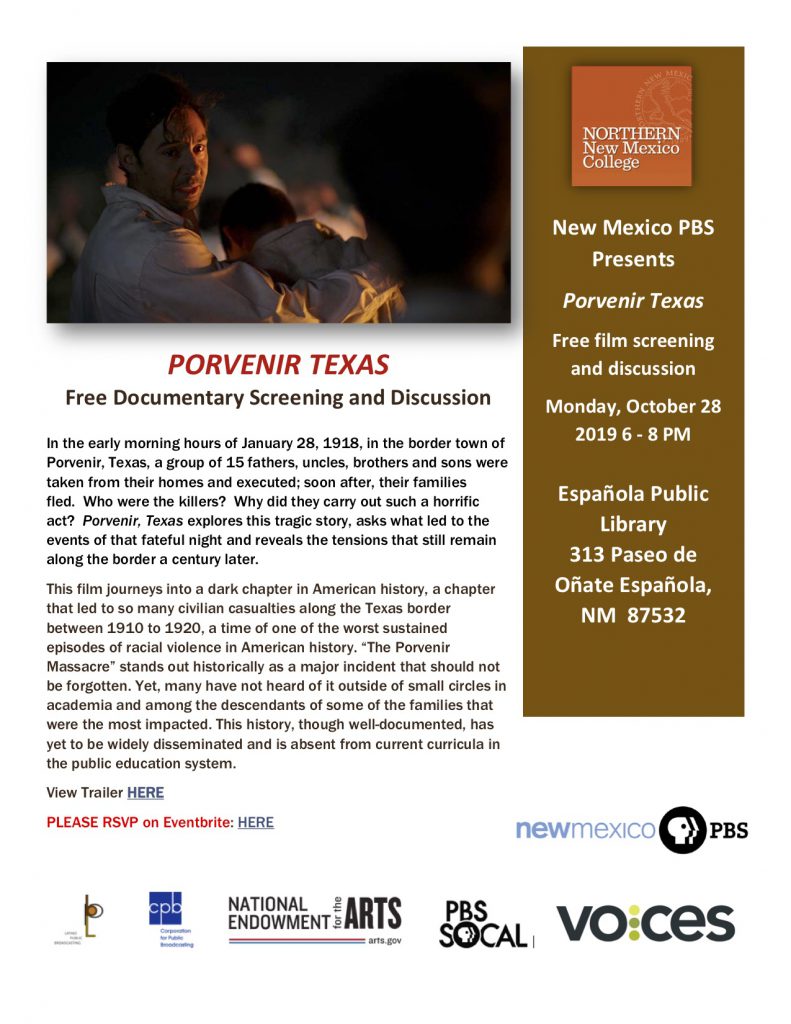